Having received my Fathers record in WW2 I am following in his footsteps.He was posted to Catterick Camp and from there in February 1944 aged 19, was sent to the MOD training area near Kircudbright. It is known as the “Artists town” for obvious reasons, and today it has a number of art galleries selling paintings and craftwork.

The harbour and marina 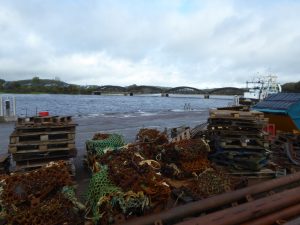 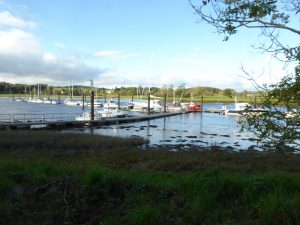 The museum interior and garden 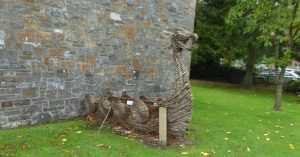 Main Street and the castle 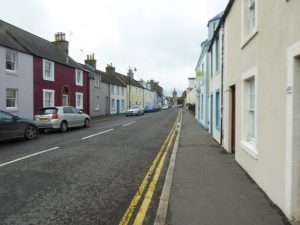 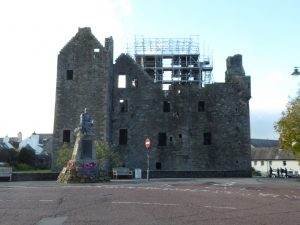 The MOD still uses the land today from here to Dundrennan

Dundrennan Range is a weapons testing range on the Solway Firth, near Kirkcudbright in Dumfries and Galloway, in south west Scotland. It is part of the Kirkcudbright Training Area, 4,700 acres (19 km2) of farming land acquired by the British Army in 1942 to train forces for the invasion of mainland Europe. The area includes a 15 x 19-mile (31 km) sea danger area. The range takes its name from the nearby village of Dundrennan. 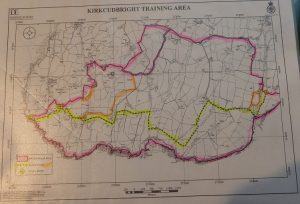 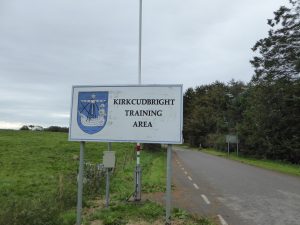 We had chosen the right weekend to visit as the ranges were not in use – no red flags were flying. 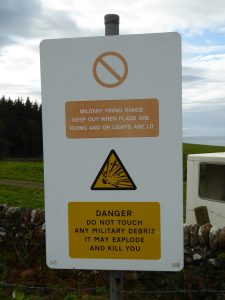 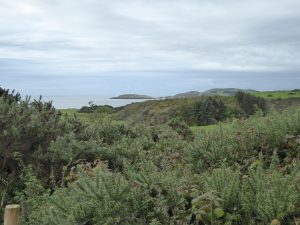 From the guard at todays military HQ we were directed to the site of the wartime camp. Deep in the woods at Netherlaw there were a couple of dilapidated buildings left. We walked down to the beach. 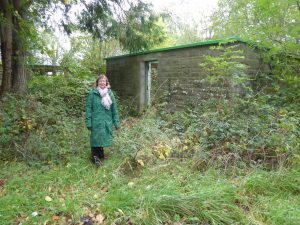 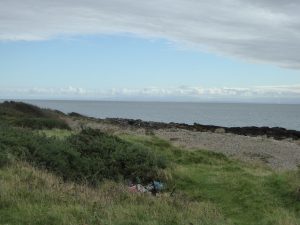 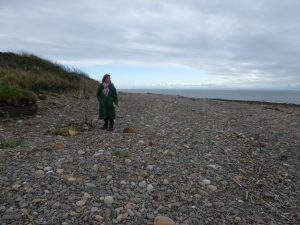 And then to the village of Dundrennan 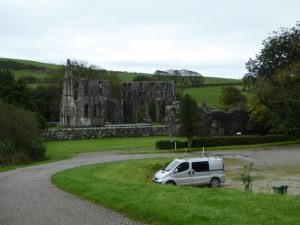 A very satisfying few days in beautiful countryside. Well worth a second visit.